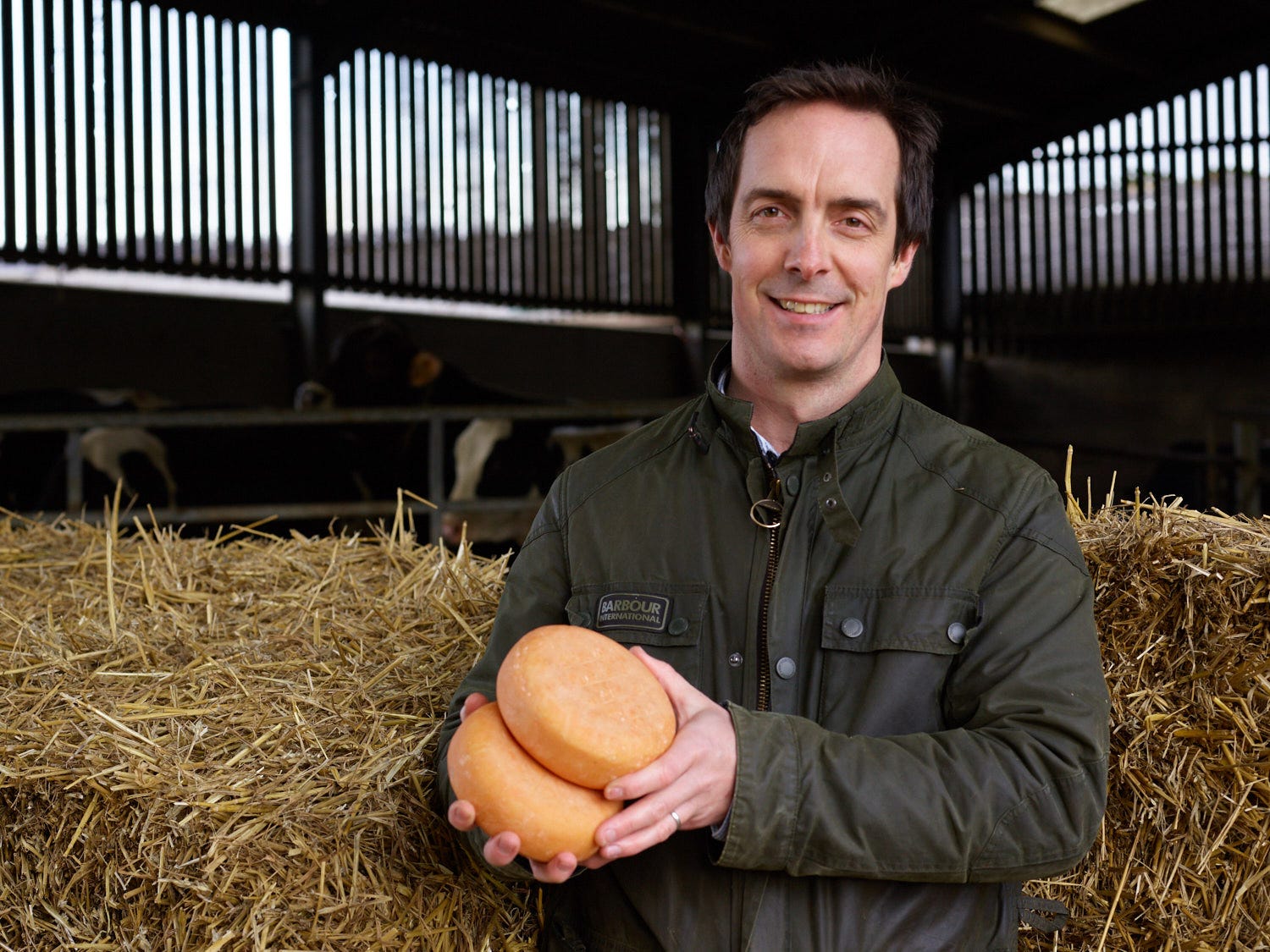 After a few years' hiatus, we're delighted to announce the return of The Fine Cheese Co.'s Festival at Milsom Place.

Past events have proved this to be a perfect chance for fans of cheese from Bath and beyond, to spend the day with some of the fantastic cheesemakers the UK has to offer.

Our line-up looks set to be one of the largest ever, which means a huge amount of cheese to try and buy!

Our cheesemongers and the rest of the team from The Fine Cheese Co.  will also be nearby to help out and answer any questions you have on your favourite cheeses, old and new.

As proud supporters of artisan British cheese, we encourage all cheese lovers to hear some of the stories and meet the faces behind Britain’s finest cheeses.

The big event is being hosted by the stellar people at Milsom Place in the heart of Bath on Saturday 27th October from 10am to 5pm.

From traditional Somerset raw milk Cheddars, to British Brie-style cheeses and a few modern-farmhouse cheeses in between! The list of attendees reads like a who’s who of the specialist cheesemaker world.

(With many more to be announced)

Julie recently picked up the coveted prize for: Best Raw Milk cheese at the Artisan Cheese Awards for her stunning creation 'St. Jude'. Julie also holds the distinction of being the only person to ever win the James Aldridge award for raw milk cheese on two occasions.

Creator of the highly-acclaimed 'Old Winchester', a full-flavoured Gouda-style cheese with an underlying sweetness and a wonderful crystalline finish that crunches on the tongue.

Julianna is the maker of a raw Jersey milk cheese that is inspired by Reblochon, just outside Bath at Neston Park.

The Bath Soft Cheese Co. have a dizzying array of prize-winning cheeses, including Wyfe of Bath, Bath Blue, Bath Soft and the most recent creation, the cider-soaked beauty,  'The Merry Wyfe'.

Cheshire cheese has a longer history than Cheddar in this country, but it took the intervention of the Appleby family to prevent it from fading into obscurity. Made with raw milk from their own herd of cows, Appleby’s Cheshire is crumbly, full-bodied and a taste sensation.

Jonny has been making waves with his stunning Brie-style cheese, Baron Bigod, made from the milk of his own herd of Montbeliarde cows.

Rachel is the talented force behind Devon Oke and Curworthy Baby, made to recipes dating back to the seventeenth century, making them even more traditional than Cheddar!

Tom is a cheesemaker of immense talent and innovation. He has the UK's first ever cheese turning robot (Tina the turner) and he bagged three prizes at this year's British Cheese Awards, two for Duckett's Caerphilly and one for Westcombe Cheddar.

The Blackwoods Cheese Company earned the award for 'Supreme Champions'  at the Artisan Cheese Awards for their cheese, 'Edmund Tew', named after a British convict who was transported to Australia for stealing cheese.

Ben Harris is the gifted maker of 'Harbourne Blue', a rare English goats' milk blue cheese that has to be tried. Ticklemore Cheese have a bevvy of other mouth-watering creations, making them one of the country's foremost makers of goats' milk cheeses.

Ruth Raskin and team, Somerset
Crackers and partners to complement fine cheese. Selector and wholesaler of British and European artisan cheese including all the above cheese makers.