Cornish Yarg cheese gets its name from the original cheese maker, Alan Gray (Yarg backwards), who reportedly found the recipe in his attic.

Sold to the nearby farm in 1984, the cheese was then made by the Horrell family; and it became one of the earliest examples of the new-style British artisan cheese production.

Catherine Mead joined the team in the 1990s; and continuing growth led, in the early 2000s, to production being moved to a purpose-built dairy.

The cheese is loosely based on a Caerphilly recipe, and it is wrapped in stinging nettles (Urtica dioica) that are completely edible. The nettles are hand-picked from the local Cornish countryside when they are a bright, vibrant green, and frozen for use throughout the year. A team of nettlers applies the leaves in elegant concentric circles, once the cheeses have been removed from their moulds and brined ready for maturation. The leaves protect the cheese, while allowing it to breathe and attract the specific moulds that encourage the beautiful almost lace-like appearance of the rind to develop. This in turn begins to break down the interior of the cheese, although the texture remains gently crumbly in nature. 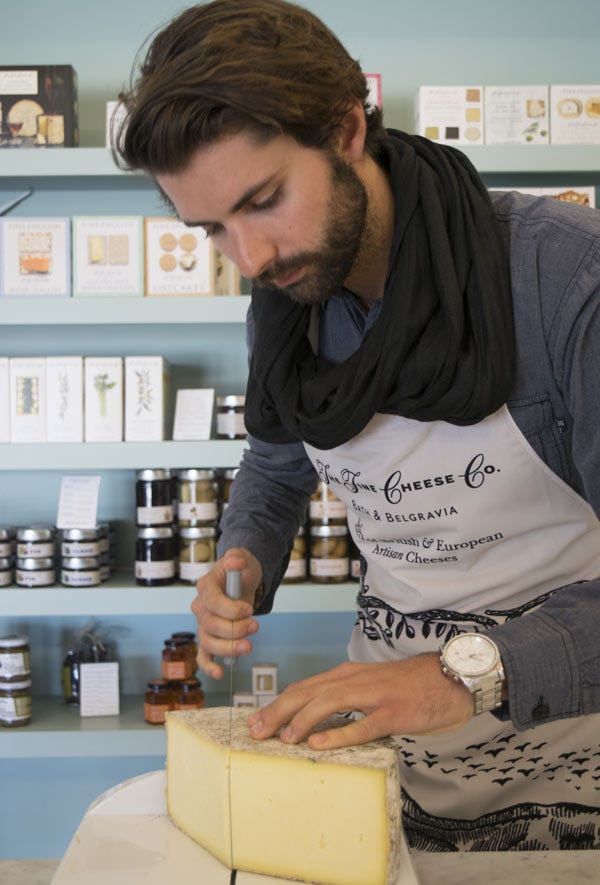 We unashamedly source, care for and sell the best cheese, because that is what we believe in. Every day of dispatch one of our trained cheesemongers cuts every piece fresh, by hand, and wraps it in our waxed paper. We do this because it is most respectful way to treat this precious food.