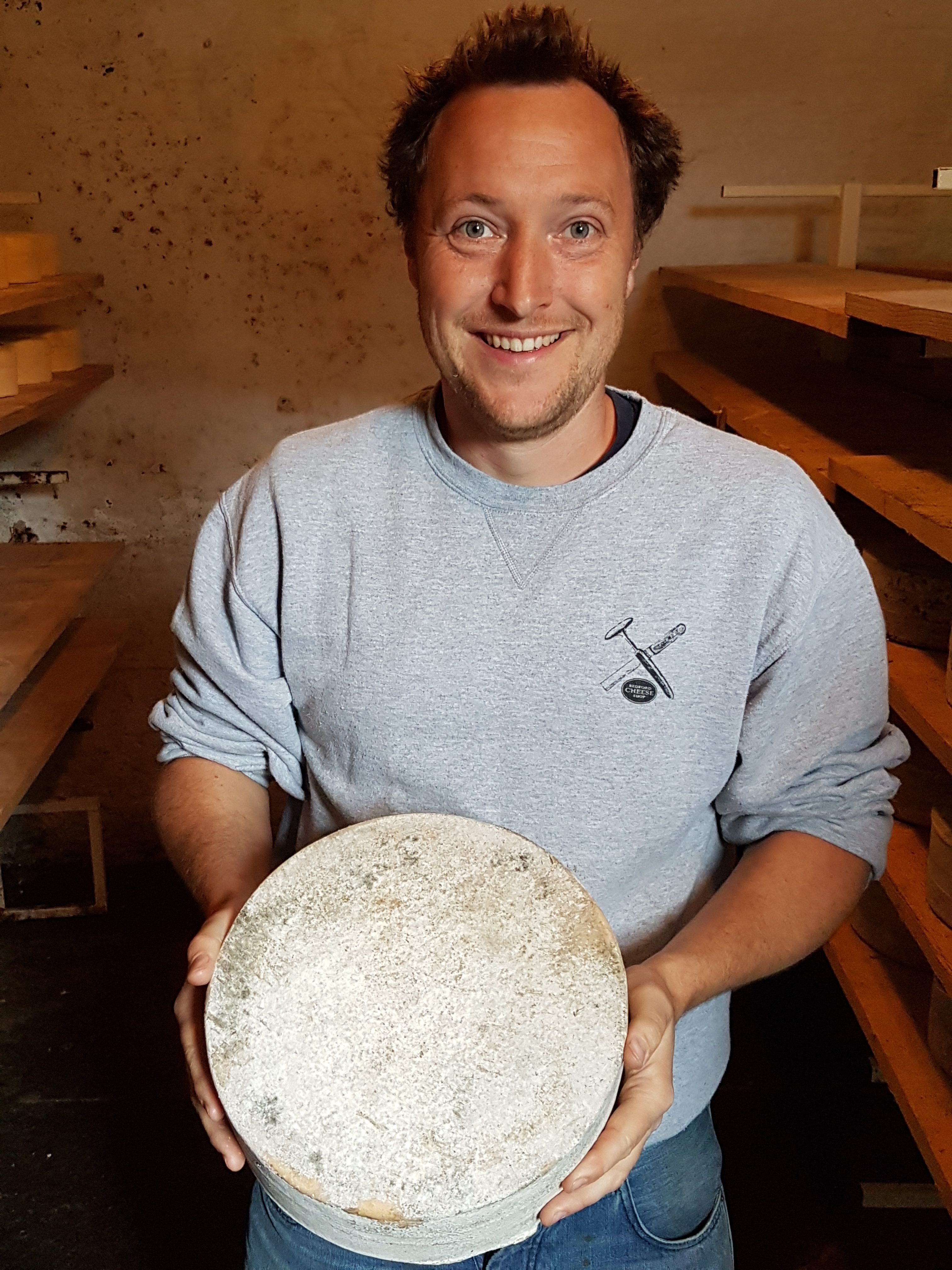 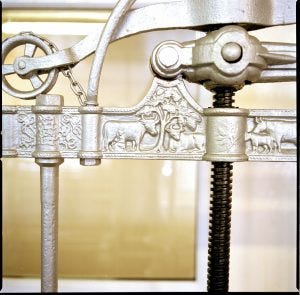 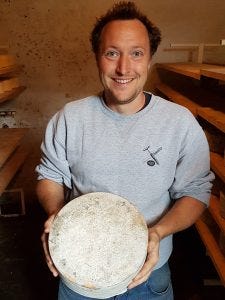 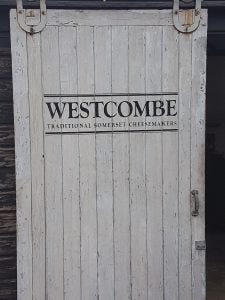 We adore Duckett’s Caerphilly. Being but a short drive away, we recently visited Tom Calver of Westcombe Dairy to see how it is made, and to learn a little of its incredible story.

Duckett’s Caerphilly is a traditional territorial cheese and is one of but a handful of Caerphilly that are made with raw milk. During spring and summer, its taste enters a peak period and has a wonderful fresh taste with bright, fresh flavours of citrus, offset by savoury notes. It has a crumbliness in the centre and becomes softer near the rind. We love to have it crumbled over salads or anything with pea shoots as it is so light and delicious.

Tom Calver was taught the recipe personally by Chris Duckett when Chris moved production of his farmhouse Caerphilly from Wedmore to Evercreech. Being so passionate about raw milk, Tom persuaded Chris to revert the recipe back to an older version first used by Chris’ mum. Tom pushes the envelope in artisan cheesemaking and regularly uses the advances of modernity to refine the methods of history. To this end, Tom bought in an expert in molecular science to study the milk they used and find a way to improve it beyond anything it had ever been before.

It is a real eye-opener to see the lengths Tom goes to, to ensure the milk they use is of the highest grade. Tom takes great care of his herd of Holstein-Friesian cows, and they graze close by, allowing Tom to carefully transport the fresh milk just a short distance to the dairy each morning.

In a break from farming convention, Tom’s fields are amazingly diverse. His animals graze on pastures which have a multitude of different grasses and forage. This heightened bio-diversity encourages a variety of wildlife to thrive in his fields.

All of this has a profound effect on the terroir of Tom’s land, allowing his cows to produce a milk which is incredibly rich, delicate and complex. Not only that, Tom also believes the type of bedding his cows use has a part to play in the flavour, so he is currently experimenting to find the best match.

When Chris Ducketts’ mum used to make the Caerphilly, it was said she could tell which field had been used to produce the cows’ milk in their batch of the day by smell alone. Thanks to Tom’s methods the character and flavour of the raw milk has been heightened beyond even this.

The impact all of this has on the flavour of the cheese is remarkable. One of the most exciting things about Duckett’s Caerphilly is its variability. Coming back to it at different times of the year will give you a different taste experience. We believe the months of May, June and July to be particularly good, though it is superb all year round.

The cheeses take about 8 weeks to mature and are stored in a dedicated Caerphilly aging room. The aging room is in the cellar of Brickell house, the original farmhouse where cheese was first made on the farm back in the late 19th century. With every step of cheesemaking being as important as the next, Tom diverted a local spring so that it ran through the cellar and created the perfect temperature and humidity for the cheeses’ development. 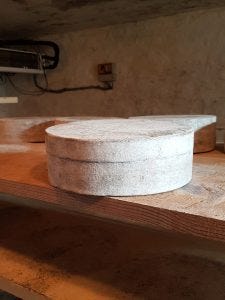 When Chris Duckett passed away, Tom took on production of this Caerphilly full time, not wanting to see this amazing cheese disappear. In tribute to Chris, the original name has been retained.

To enjoy Duckett’s Caerphilly at this time of year, you would do well to pair it with a West Country beer, or even a pear cider. It works well crumbled into a salad, but it also pairs beautifully with minerally vegetables like asparagus. If you prefer to eat it as it comes, try a drizzle of honey for an amazingly sweet and savoury combination.