An Ode to Our Founder, Ann-Marie Dyas, on International Women's Day 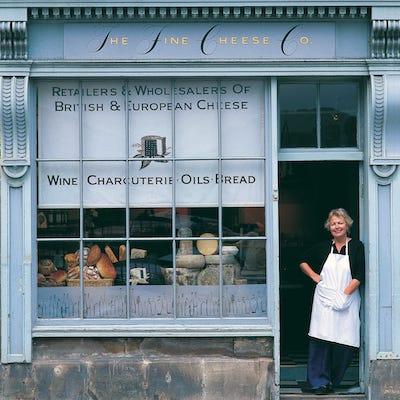 International Women’s Day is a day to celebrate the achievements of women in all walks of life, but as cheese is our business, we got to thinking about the women who have influenced us and from whom we draw inspiration. Well, one name stood out above all others, that of our founder, Ann-Marie Dyas.

For 30 years, Ann-Marie Dyas held a place at the heart of the artisan cheese industry.

In the 1980s, she left behind a successful career in advertising and marketing, to open a cheese shop in Bath. The west country was the ideal place for a cheese shop as there were a clutch of fine, artisan cheesemakers nearby. The climate and pasture of our patch of England is just perfect for dairy cows, and Cheddar was not far down the road.

Cheddar had long since become a commodity cheese, mass produced and sold in uninspiring blocks, but not far away, Jamie Montgomery and the Keen family were defending the great traditions of British cheesemaking, making authentic, hand-made, clothbound Cheddar. Ann-Marie was delighted to bring their cheese to the people of Bath, who lapped it up, keen for more interesting and unusual cheeses, that they could find nowhere else.

It was an exciting time, and she was a part of a pioneering band of people, like Patrick Rance and James Aldridge, whose aim was to defend British cheese and see it flourish. Soon she was making connections with other cheesemakers in the west country and across to the east of England too. They would load up their cars in Devon or East Sussex, and meet up to do a cheese swap. 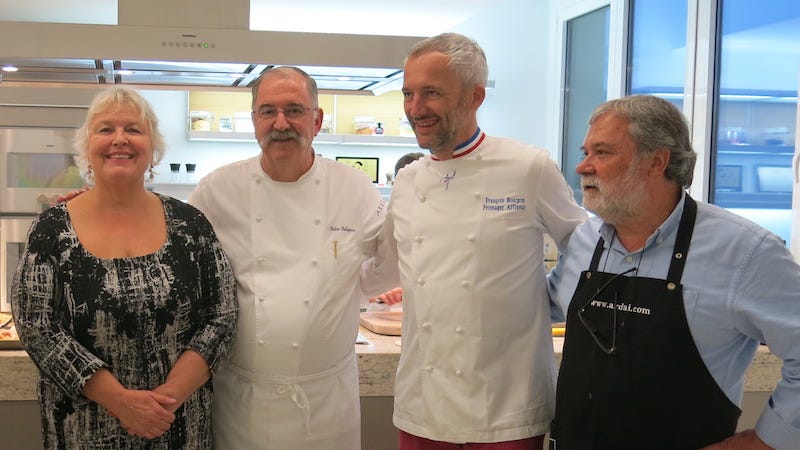 While the beginning may have been modest enough, the business soon began to grow. Local chefs were amazed by the quality and complexity of the cheeses Ann-Marie had on offer, and soon she was supplying local restaurants, then wholesaling across the UK, and finally exporting across the world. We now send cheese to Australia, America, Dubai and throughout Europe. But one of her proudest achievements remains selling British cheese to the French.

I don’t believe Ann-Marie set out with the intention of building a global business. She simply couldn’t help herself. Every opportunity was to be grasped with both hands and seen through to the very best of her ability.

Ann-Marie was bold, determined, decisive and resilient. But she was also instinctively creative.
Having amassed an array of the finest cheeses, including from beyond our shores, she was dismayed by the quality of the crackers alongside them. She set about creating a range of crackers that would be worthy of such great cheeses.

They were a great success and could soon be found in the best retailers across the UK. As an independent retailer herself, she promised not to sell them to the British supermarkets. 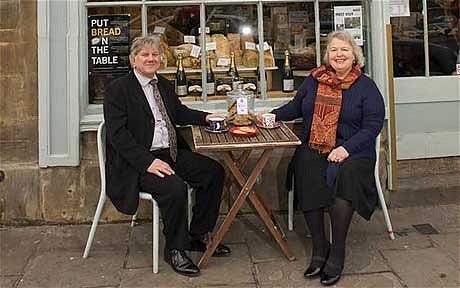 In 2006, when the bakery that made her biscuits unexpectedly came up for sale, Ann-Marie and her husband, John, our co-owner, poured everything into buying the business. They soon found themselves the owners of not only a successful cheese retailer, wholesaler and exporter in Bath, but also of a bakery in Derbyshire.

The bakery has gone from strength to strength, but Ann-Marie always said that cheese was the beating heart of the business. She said that to be a cheesemonger was a profession, a commitment and a vocation.

Ann-Marie was tireless in her pursuit of perfection. She said “always seek out the best, and when you have found it, keep looking.”

She was full of energy and had a great gift for communicating her enthusiasm. Her style was cheeky, irreverent and approachable. She fully admitted to being a purist when it came to cheese, but she was determined never to be snooty. She said that you don’t have to have a PhD in cheese to enjoy it. She never wanted anyone to feel intimidated when they came in to her shop. Everyone was sure of a welcome, her keenest wish that they would leave having found a new cheese that they loved.

She was passionate about the industry in which she worked and was heartened that it remains so vibrant and dynamic.

We lost Ann-Marie just last September, but she was the spirit of our business and that spirit lives on. International Women’s Day seems a fitting time to commemorate a woman who dedicated so much of her working life to sourcing, nurturing and selling the very best cheese. She was, quite simply, an extraordinary woman.